Mar 4, 2021 “During Circuit Breaker, I needed to print stuff but couldn’t find any printers in my area. And during a casual conversation with my friends Mervin and Jun Kiat, we started to think about how much more of a struggle it would be for folks with limited to no access, especially those in low-income areas. We saw this as a great opportunity to provide a community-shared sustainable solution to give people a basic need that’s often overlooked. After months of ideation and solidifying the business plan, we officially registered Print-Ez in December last year! And as we moved forward with the business, I roped in my classmates Zainul and Kok Fong, two amazing programmers who shared the same passion. It’s been very tough juggling school and setting up the business but I’m glad to have a team that’s willing to grind it out with me — some days until 3AM even. The reality of start-ups is that the world isn’t a bed of roses and it’s only naive to assume everything will go as planned. We had to prepare for the worst and create contingency plans, and then constituency plans for our contingency plans. Because truth be told, people who don’t have vested interest only want to get something out of you. And I had to learn to wisely discern when reading people and the situations I’m in. However, I’m thankful for all the support and mentorship we get from CODE, our profs, and our programme directors. Because of them, we have spaces to do pilot trials and tests. On top of that, knowing we have people we can reach out to has been very encouraging. Despite the many “what ifs” in the beginning, the positive feedback and compliments from people around us really validated our ideas. It motivated us further to want to make Print-Ez a reality, especially as we move in a direction that’s bridging a gap by providing people with access to basic necessities.” - Ivan Lim, Computing Science, CTO of Print-Ez. Also in picture are developers Zainul Ariffin & Lim Kok Fong from Computing Science. #sitstudentlife #wedofromdayone #humansofSIT
Read More

Today (March 03, 2020) is World Wildlife Day! Have you ever wondered what creatures we share the world with? What animals are endangered? Come check out AEC's next bi-weekly sharing on 11 March 2021 (Thursday) 8pm - 9.30pm to find out the answers to the above questions and more! The sharing is open to all SIT students, not just current AEC members, so bring your friends along🌱 To RSVP, drop us a DM and we'll give you the details on how to join us via Zoom! . . . #sitstudentlife #wedofromdayone
Read More

Mar 2, 2021 hey folks! hope that recess week had been a restful period for you and that you had fun at our event previously! 🚀 if you're looking for a way to learn even more about astronomy, join our club via this QR code here! swipe to see the QR codes for our telegram group to receive updates about our sessions and our discord channel for discussions, updates, and more! don't wait, scan now to join SIT Astronomers 🌠 sit.studentlife #wedofromdayone
Read More

Feb 26, 2021 “I decided to start my own Photo Booth company after learning the ropes during my poly internship. Along with my experience planning school events, I wanted to explore it further in my own time and that’s how Happy Lens came about! Initially, it was very tough juggling between school and work, but it really forced me to be disciplined. With all the pre-event prep like designing the film to the logistics of setting up, I had to learn to manage my time a lot better. It reached a point where I had to plan my time by the hour so I wouldn’t neglect my studies. And my grades actually improved during the first two years (laughs). It’s also been a great conversation topic during job interviews — it played a big role in my SIT interview too! Hiring part-timers definitely helped as well, because I couldn’t cover all the events on my own. I really enjoy having my own team and we find joy in giving people tangible memories to bring home. A big perk since starting Happy Lens is having so many opportunities to connect with so many different people. It’s been a very fulfilling journey thus far.” – Cheryl Tan, Hospitality Business, Owner of Happy Lens Photobooth #sitstudentlife #wedofromdayone #humansofSIT
Read More

Feb 26, 2021 Hey guys, WE HEARD YOU! Everyone has been asking for a Pharm Eng jacket.... Tada!!! PE SMC will be organising a PE Jacket design competition and the top voted design will be used for the jacket :) Be sure to attempt the survey we’ve sent out to let us know your preferred jacket choice! :) singaporetech sit.studentlife #wedofromdayone
Read More

Established in 2022 with the support from the SIT Advancement & Alumni Division, ATM Alumni acts as a stepping stone for networking within the industry with the Industry Advisory Committee. More importantly, the group also acts as a bridge between the current student as well as the industry and also a way to keep everyone in touch.

Founded in 2022 with the support of the SIT Advancement and Alumni Division, the SIT GSA Alumni Group was established as a platform for current creatives to network and exchange ideas. More importantly to get in touch with creative agency to provide freelance projects for GSA gradates.

Founded in 2020 with the support of the SIT Advancement and Alumni Division, the SIT Ballroom Alumni Group was established as a platform for current and budding dancers to pursue their passion for Ballroom across the Standard, Latin and Social discipline. SIT Ballroom AG aims to connect alumni through ballroom dance classes, workshops and social events.

Founded by a group of enthusiastic civil engineering alumni from SIT in March 2022. The SIT Civil Engineering Alumni Group is to inspire loyalty and pride among alumni and friends by developing and enhancing their continued relationship within the industry and programme.

As civil engineers we build lives not just structures, let’s strive towards building our future together! The dreamers and the doers

The SIT Muzeka Alumni Group was formed in April 2022 with the support of the SIT Advancement and Alumni Division. This group is a platform for alumni to express themselves through music and aims to provide a safe space for everyone to experience the joy of music-making, no matter your experience or musical background. 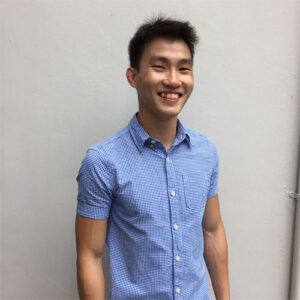 During my experience mentoring both my mentees, I was able to learn about their lives and how they dealt with their problems. I felt that it was an enriching experience for me as a mentor to be able to learn from them as well.

I highly recommend our current and future SIT Alumni to participate in this program simply because there is so much opportunity to learn both as a mentor and as a mentee. 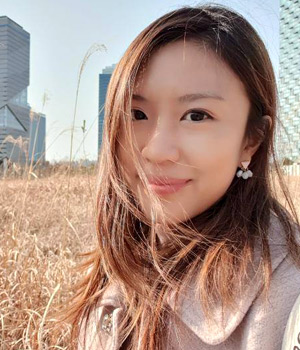 “I’ve always believed in giving back and mentoring youths. It’s my personal goal to dedicate my time to grow as a mentor this year and the SIT mentorship programme is a perfect platform that matches mentors to the pool of ambitious mentees.

It wasn’t just the mentees who benefited from this programme, it was a two-way learning process as I’ve gained knowledge on the happenings around gen Zs and also discovered how I can contribute as a mentor.” 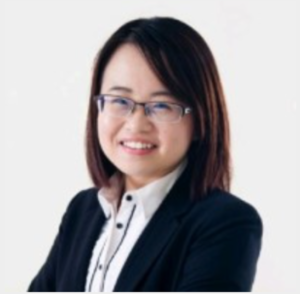 It’s great how the relationship with my mentee has evolved into one where we can support each other. It is not just a one-way street where I share guidance and provide feedback, but I have also learned from them about how I can better myself. 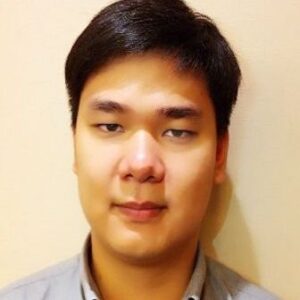 I choose to mentor because I see it as social responsibility and hope to see SIT produce graduates who not only possess practical industry work skills but also be people-oriented leaders in this society.

Please login to view all images.